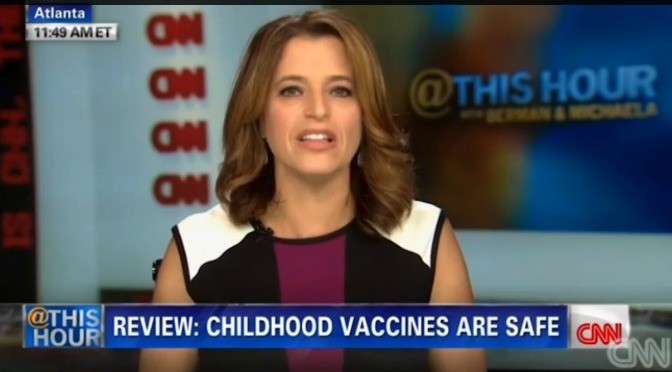 I don’t know if the fact that CNN is headquartered in Atlanta, the same city where the CDC has its headquarters, has anything to do with it, but an editorial decision was made by someone at CNN to embed a video at the top of their report on the CDC whistle-blower from earlier in 2014 where health correspondent Elizabeth Cohen states that within all of the dangerous side-effects of vaccines, autism is not listed. She then rephrased for those needing help understanding her, explaining that “Some people don’t hear this well: vaccines do not cause autism.”

This editorial decision to include this video by CNN, could go down as one of the biggest blunders by a major news network of all time.

The result has been that thousands of families who have children that have been damaged by vaccines that resulted in autism, have begun to post videos on the Autism Media YouTube channel on a page called “Hear this Well: Breaking the Silence on Vaccine Violence.”

Read the full article at HealthImpactNews.com …